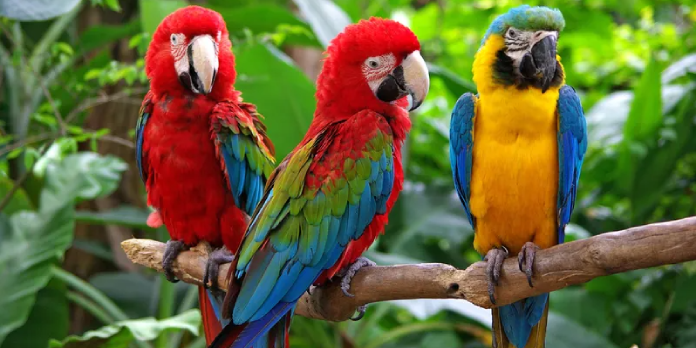 Talking birds have a remarkable capacity to imitate human speech, which sets them apart from other companion animals. However, you’ll probably discover that the birds’ mimicking skills pale compared to their ability to be attractive, engaging, and extraordinary, which explains why they’ve been so popular for years. Here are eight of the most popular talking bird species to get a better idea of what each excellent companion offers.

The Severe Macaw is the largest of the tiny macaws, and its enormous personality makes it a favourite among bird enthusiasts. Although these miniature macaws aren’t as talkative as other parrots, they can imitate speech. Even if their speech isn’t always clear, they are adept at learning short phrases and singing fragments of songs, as do all macaws. For their size, Severe Macaws are raucous birds. However, severe macaws can learn to utilise their inside voices with proper socialising, as they like bonding with happy people.

Many people are surprised to learn that budgies, often known as budgerigars or simply parakeets, can communicate and, if not better than, larger parrot species. Some budgies have been reported to acquire vocabularies of hundreds of words. Although it can be challenging to understand what budgies are saying due to their harsh voices, those who keep and care for them frequently find budgies to be chatterboxes.

Also See:  How Do I Teach My Bird to Say Its Name?

You would believe that the fascinating aspect about Eclectus parrots is their stunning colouration and distinct male and female plumage. Despite this, Eclectus Parrots have the excellent verbal ability and frequently imitate their owners. Unfortunately, these shorter-lived talking companions may be less likely to outlive their owners due to their 30-year lifespan.

The gorgeous and intriguing genus of Amazon parrots is another bird species noted for its excellent communication ability. These birds are noted not only for their enormous, astounding vocabularies but also for their extraordinary vocal clarity, which rivals that of all other parrot species. In addition, Amazon parrots are exceptional at learning tricks in addition to talking, making them a particularly entertaining bird for individuals looking for a pet that the whole family can interact with regularly.

The cockatoo, native to Australia, is another vast parrot species that have demonstrated linguistic ability in captivity. While training Cockatoos to speak has been reported to be difficult, these birds have a softer, sweeter speaking voice than other parrots. Therefore, cockatoo trainers must have excellent listening abilities to hear and understand their birds’ subtle words. Cockatoos need certain sociability boundaries in their daily schedule as well. Separation anxiety caused by overbending can become a health problem if not addressed.

Quaker parrots, sometimes known as Monk parakeets, have long been revered for their attractive personalities and conversational abilities. Quakers can develop huge vocabularies, and some Quaker owners claim that their birds can even use their phrases in context. As a result, Quaker parrots are an excellent alternative for folks who want the enjoyment of a larger parrot but in a smaller package.

Also See:  How to Bond With Your Bird in a Simple Way

The appeal of African Grey parrots as pets has increased due to studies that have revealed the birds’ extraordinary intellect. Greys can acquire an extensive vocabulary. The majority of people are quick to take up new words and speak clearly. Owners have reported being duped into thinking they were conversing with a human family member in the next room, only to discover that their pet Grey was imitating the person’s voice. These birds are intriguing, but they require a lot of specialised care and at least five hours of socialisation every day, so bringing one home isn’t a decision to be made lightly.

The lovely Indian Ringneck parakeets, which originate in India and Asia, have been kept as pets for generations; at one time, they were exclusively kept as pets by royalty because of their extraordinary speaking ability. However, monks saw these birds in temple gardens where they chanted daily prayers hundreds of years ago, and they noticed that the wild birds mimicked the prayers they heard. As a result, people began to believe that these birds were holy or divine.

The Derbyan parakeet is a vast species of parrot that is sexually dimorphic. They are aggressive, active birds who might be challenging to train. While they are notorious for being noisy, they can also be trained to learn a few dozen words. Even though they don’t have as extensive a vocabulary as some other parrot species, their speech clarity sets them apart. They are rare birds whose numbers in the wild are declining due to unlawful poaching.

Hyacinth Macaws can grow 40 inches long, making them the largest parrot species. They have an extensive vocabulary, but they are tough to train. These intelligent, lively, and boisterous birds provide a challenge to inexperienced keepers. While their voice isn’t as straightforward as some other talking parrots, they compensate by being extremely loud. In addition, they have a remarkable ability to imitate other noises and sing songs.

Although the Hill Myna is not a parrot, it possesses an extensive vocabulary that rivals many parrot species. In addition, they exhibit a broad spectrum of vocalisations, including whistling, shrieking, and human-like speaking — they can replicate human speech in an almost precise tone and timbre, which is almost unnerving in its precision. They’re native to Africa, India, Southeast Asia, and Indonesia, and they quickly adapt to new situations. As a result, the popularity of these animals as pets is constantly increasing.

Hawk-headed parrots are lively, loving, affectionate, and playful birds with low to moderate communication ability. They adore interacting with their masters. Unfortunately, only a few people speak, and their voices are faint and whispery when they do. As a result, the little ones might be cranky and troublesome.

Which bird is the most articulate?

Many consider the African grey parrot to be the smartest of the talking birds, with hundreds of words. In addition, these birds are renowned for their extraordinary ability to comprehend and imitate human speech.

Which bird can communicate with humans?

The two types of birds that can learn and mimic human speech are songbirds and parrots. However, the mynah bird, a member of the starling family, may be trained to learn and produce human speech.

Blue parakeets are extremely chatty tiny birds. You’ll hear them singing and talking up a storm when they’re in a good mood. They frequently imitate the noises and words they hear.

Can all budgies communicate?

Male budgies can learn to communicate pretty well, although female parakeets rarely can. Cockatiels are no exception. Males and females communicate equally well in most other parrot species. When a budgie or parakeet first learns to speak, it generally imitates the tone of language by muttering the words.

Is it true that parakeets bite?

When frightened, afraid, protective, or cornered, parakeets will bite. Parakeets become territorial when protecting eggs or their lover. Unknown humans or pets might also feel threatened, causing them to bite. It is possible to teach a pet parakeet not to bite. 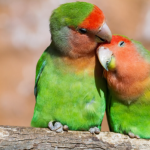 Bird Breeds Margaret - February 5, 2022
0
Here we can see, "Fischer’s Lovebird" Although Fischer's lovebird is not as well-known as the peach-faced lovebird, it has a delightful demeanour. The Fischer's are... 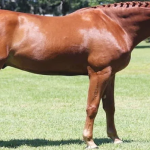 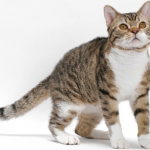 Cat Breeds Margaret - February 1, 2022
0
Here we can see, "American Wirehair" The American wirehair cat is a New York-bred cat with a wiry, crimped coat due to a natural genetic...