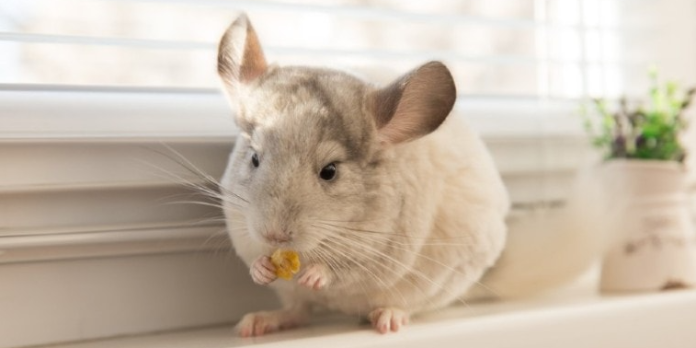 Chinchillas have extremely delicate digestive systems, so feeding them a high-quality, chinchilla-specific diet is critical to their health. Chinchillas are naturally accustomed to consuming a roughage-rich diet in the wild. They are not meant for high-fat or high-carbohydrate diets, which can quickly create major intestinal problems. Instead, boost your chinchilla’s diet with high-quality chinchilla pellets and plenty of fresh grass hay.

Pelleted diets are preferable to a mix of loose ingredients. While in the bag, loose mixes may be nutritionally balanced, but only if your chinchilla eats every part of the mix.

Look for chinchilla pelleted, specially prepared feed that is 16–20% protein, low in fat (2–5%), and high in fibre (15–35%).Many experts recommend substituting a nice rabbit or guinea pig pellet with similar features if obtaining a good quality chinchilla feed is impossible, although this should only be done briefly and in emergency cases. If your local pet store does not have a good chinchilla formula, you should shop online. Chinchillas have distinct nutritional needs from other rodents, and if they are not provided with high-quality, chinchilla-specific food, their health will suffer.

If you prefer to feed a loose item mixture (pellets, seeds, corn, etc.), bear in mind that feeding maize has been linked to digestive discomfort and bloating in chinchillas, and many chinchilla meals have corn as an ingredient. Whole maize should be avoided as a treat or as the primary portion of a diet for chinchillas because it is starchy and likely largely indigestible for them. However, aside from the necessity for a lot of roughage, nothing is known about the perfect chinchilla diet from a scientific standpoint.

The average chinchilla consumes one to two tablespoons of pellets per day. While they are not prone to overeating, feeding a modest number of pellets at a time to keep them fresh is a good idea. A tablespoon in the morning and another in the evening seemed to be effective, but this can be changed as needed. In the evening, some people only feed a few tablespoons.

Chinchillas want routine, so try to be consistent with anything you do. The easiest technique to keep the food from being dumped or dirty is to use a small food hopper or a heavy ceramic dish.

Even if you choose a high-fiber pelleted food, hay must be added to guarantee that your chinchilla gets enough roughage (fiber). The roughage in hay keeps chinchillas’ teeth healthy and their digestive systems running smoothly. Feed your chinchilla as much high-quality grass hay (orchard grass, Timothy-grass, etc.) as he or she desires each day. To avoid becoming filthy or mouldy, hay should be cleaned and fed fresh on a daily basis. Even though hay can be made into cubes, loose hay with long fibre strands is still better.

Most adult chinchillas should not be fed only alfalfa hay. Alfalfa is abundant in protein, calcium, and oxalates, which can cause urinary and other problems if consumed in excess. No matter what kind of hay it is, don’t feed it if it is moist, smells musty, or is discoloured.

Chinchillas should only be fed a teaspoon of food every day in the form of treats. Raisins and dried fruit are popular, but because they are high in sugar, they should only be fed in small amounts and seldom. Feeding more than 3 or 4 raisins each week is not recommended. Rose hips, which are packed with vitamin C and other minerals, are another tasty treat. Most commercial chinchilla snacks are rich in sugar and fat and should be avoided. If you’re unsure about something you’re feeding your chinchilla, see your veterinarian.

What foods are toxic to chinchillas?

Why can’t chinchillas get wet?

Chinchillas have thick fur that isn’t designed to get wet. Chinchillas are rodents that originated in South America’s Andes mountains. They can live in very cold temperatures and like to sleep on cool granite, but they are very sensitive to heat.

Chinchillas should not be consumed in large quantities by humans. It’s possible that if they do, it’ll upset your stomach. It can lead to nutritional issues over time. If your chinchilla eats too much apple and doesn’t get enough hay or pellets, it will have health problems. 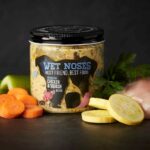 Pet Food Matters Margaret - December 3, 2020
0
This individual pet food firm has expanded from pet treats into jarred cat and dog food in addition to toppers with a focus on... 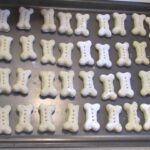 Pet Food Matters Margaret - December 2, 2020
0
Milk Bones are a favorite dog treat you could find in the supermarket. But they're easy enough to create at home, and also, with... 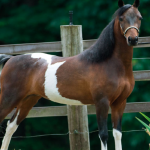 Horse Breeds Margaret - February 25, 2022
0
Here we can see, "American Shetland" The American Shetland is a horse breed from the United States mostly used for carriage transportation and riding. Its...