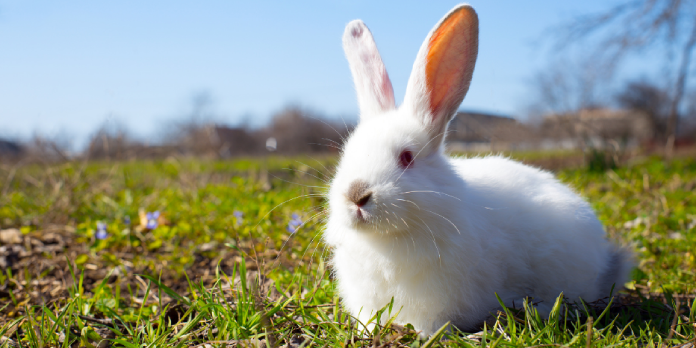 The Florida White is one of the few rabbit breeds that can claim to have been developed by a certified rabbit show judge. The Florida White is the result of a lengthy and comprehensive breeding programme in the southern United States, and it is what many people imagine when they think of a bunny: pure white, small and compact, with pointed ears and red eyes.

From their earliest litters in Florida to an eventual genetic makeover in Oklahoma, we’ll explore the history and origins of this relatively new addition to the American Rabbit Breeders Association in today’s post. After that, you’ll get some pointers on caring for them as pets.

So, if you’re interested in learning more about the most rabbit-like of all rabbit breeds, keep reading!

Orville Milliken, a rabbit show judge, decided in 1960 that he wanted to start a rabbit breeding initiative. He recognised an absence of an all-white, compact, meat-producing rabbit that could also be utilised in laboratories among the large range of rabbits available and started working on what would become the Florida White.

Within two years, Milliken had begun producing a small number of all-white rabbits, starting with a stock of New Zealand’s, white Polish, and a rare albino Dutch rabbit. Over the next five years, he continued to breed out the colours of the Dutch genes, eventually settling on the first true variants of the Florida White we know today.

In 1970, however, an Oklahoman rabbit breeder named Fibber McGehee concluded that he could most likely generate a Florida White rabbit with substantially lighter bone structure by selective interbreeding. The final version of the Florida White was created by an accidental encounter with an all-white Rex being brought to the breeding programme!

What is the life expectancy of a Florida White Rabbit?

What is the size of a Florida White Rabbit?

What colours are Florida White Rabbit?

Is the Florida White Rabbit a rare species?

The Florida White rabbit is a domestic rabbit breed that is relatively small. Judge Orville Miliken of the American Rabbit Breeders Association designed it. He created this breed by breeding an albino Dutch, an albino Polish, and a small but typical New Zealand White rabbit.

What is the value of a white rabbit?

A rabbit from a pet store will cost $20-$40, whereas a rabbit from a rescue, fair, or 4-H club will cost $5-$20. Breeders charge different prices for their particular rabbit breed. Some are less expensive than pet stores, while others that specialise in unusual species would price upwards of $100 for a rabbit.

Is it true that white bunnies are uncommon?

Albino rabbits do exist, however. Two wild rabbits with a recessive albino gene are extremely rare, although it is feasible. Albino rabbits in the wild have a hard time surviving. It’s tough to ignore the bright white fur.

Is it true that white rabbits are albino?

A rabbit that is albino is white, with no colour in its fur or skin. Albino rabbits can have red or blue eyes depending on the hereditary type of albinism. Neither kind, however, is a distinct breed. Rather, they are both colour categories.

Are there any white rabbits in the wild?

Take a look at the rabbit’s hue. Most wild rabbits have a greyish brown or tan flecked mixture of coarser hair rather than domestic rabbits’ fluffy, black, grey, or white fur. Adult wild rabbits will be completely white.

What colour do wild rabbits come in?

The hue of wild rabbits is usually always light brown. Spotted fur or even distinct colouration is common in domesticated pets. The coat of a wild rabbit is also coarser than that of a farmed rabbit. 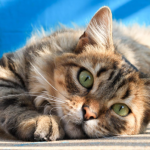 Cat Behavior Problems Margaret - March 25, 2022
0
Here we can see, "Are You Aware of Your Cat's Thoughts?" Have you ever been curious about what cats are thinking about? Cats spend a... 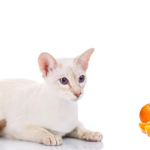 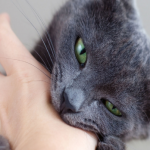