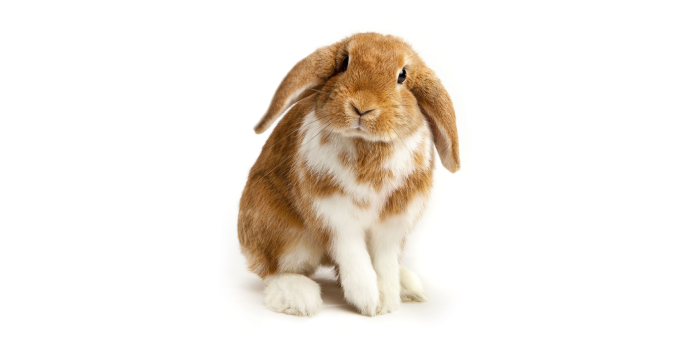 If you’ve ever admired a bunny with floppy ears, it’s most likely thanks to the French Lop! The Frenchie is the father of the very popular Holland Lop and other lop-eared minis, but it doesn’t have the huge ears of its English Lop ancestors.

Despite its origins as a meat rabbit, the French Lop has a charming attitude and a distinct appearance that make it popular among rabbit breeders and home pet owners alike. The French Lop is an interesting bunny, whether you’re thinking about getting one for your house or just learning about its history.

The French Lop was developed in the 1850s in France as a hybrid between the display breed English Lop and the now-extinct Giant Papillon, also known as the “Giant French Butterfly Rabbit.” The huge and muscular French Lop, whose ears drooped just past its chin, was created by crossing the giant’s straight-eared genes with the outrageously long-eared English Lop.

While they were supposed to be used for meat production, they quickly gained a reputation for being peaceful and gentle. As a result, they were popular as home pets and show animals, especially once lop clubs popped up across North America in the 1970s.

What is the average lifespan of a French Lop Rabbit?

What is the size of a French Lop Rabbit?

What colours are French Lop Rabbits?

Is it possible to keep a French lop rabbit as a pet?

The French lop is a one-of-a-kind pet. It’s a kind giant who enjoys interacting with humans and other animals. At the same time, it’s a big, strong animal that requires a lot of exercise and extra rabbit proofing.

Is it true that French lops are cuddly?

It may appear to be a small dog at first glance, but make no mistake: this bunny is just as affectionate as any dog you’ve ever had.

Is it possible for French Lop rabbits to survive on their own?

Rabbits can live alone, but you’ll need to provide your pet with the same level of attention as a bonded rabbit companion (company, petting, grooming, exercise, playing, and enrichment). Keeping rabbits in pairs is always a good idea. It’s much better if you can find a couple of bunnies who are already attached.

Is it true that French lops are hypoallergenic?

Unfortunately, rabbits are not hypoallergenic. Some rabbits, on the other hand, are kinder to allergy sufferers than others.

How quickly do French Lops develop?

Adult French lops are typically larger than domestic cats, making them a large breed. They grow to be 10–15 pounds in adulthood, despite their modest size while they are young. They grow swiftly in their first year, attaining full size by the age of ten months.

What’s the highest a French lop can jump?

Rabbits may jump up to 3 feet (1 metre) in the air. The world record for a rabbit jump is 39.2 inches (99.5 cm), or 3 feet 3.2 inches, but anecdotal evidence suggests rabbits have jumped as high as four feet. Most bunnies will be deterred by fences that are higher than 3 feet high.

Do rabbits have a strong odour?

They certainly don’t! Rabbits are hygienic creatures with odourless fur who meticulously groom themselves throughout the day. You shouldn’t have a problem as long as you keep their living room clean (spot clean every few days and a full clean-out once a week).

Rabbits require immunizations to protect them from myxomatosis, Rabbit (Viral) Haemorrhagic Disease (R(V)HD), and a strain of R(V)HD known as R(V)HD2, all of which are fatal and cause significant suffering in rabbits.

Do bunnies enjoy being in the dark?

Rabbits like a dark habitat since their eyesight is greatest in low light. As you’ve probably noticed, this is when they’re most active. You should have a dark, well-lit place, like a covered cage, where the rabbit can “burrow” and feel safe. This will help you to mimic the life of wild rabbits. 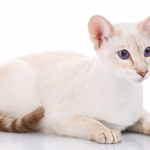 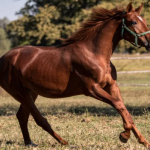 Horse Breeds Margaret - March 9, 2022
0
Here we can see, "Kisber Half Breed" The Kisber Half Breed horse, commonly known as the Kisberi Felver in Hungary, is a Hungarian horse breed.... 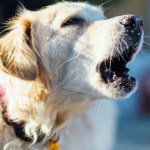 What Causes Dogs to Bark?