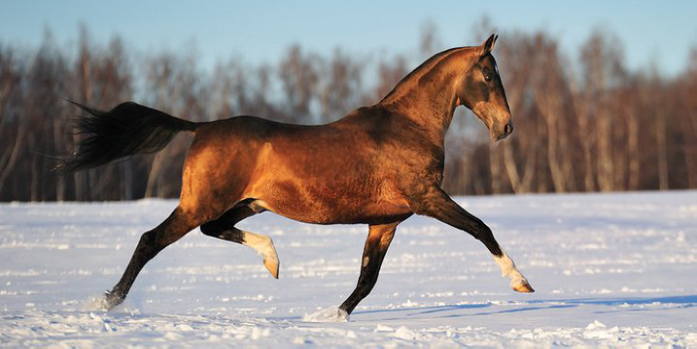 The Jabe breed is one of the Kazakh horse breed’s distinct steppe horse groups; yet, its considerable weight and proportions set it apart from the rest of the Kazakh horses. Today, many Jabe horses are bred for their ability to give large amounts of milk.

The Jabe or Dzhabe horse is a member of the Kazakh horse breed, dating back to 400 B.C. It thrives in the former Soviet republic of Kazakhstan, particularly in the areas surrounding the Aral Desert and in Yakutia’s northern provinces. As a result, Jabes is well-suited to harsh weather conditions.

The Jabe was initially bred for its meat and milk, and an attempt to mass-produce the Jabe began in the 1960s. To generate a pure breed with exceptional characteristics, strict evaluation and breeding methods were established. As a result, the breed’s size and quality have improved significantly.

The breed is now divided into three sub-types: the Emben, Betpakdalin, and Kulandin. The Emben is undoubtedly the best Jabe horse subtype. The Betpakdalin is a cross of Jabe stallions and Dzezkazgan mares. The Kulandin is a breed subtype that combines Jabe stallions with Adaev mares in the Kulandin farms.

When it comes to Jabe Horses, how long do they live?

What is the size of a Jabe Horse?

What colours do Jabe Horses come in?

Because of its loyalty, obedience, and essentially kind character, the Jabe is commonly utilised as a draught horse. It’s also patient and resilient in the face of adversity.

Jabe horses are resilient animals that locals have raised due to adapting to Kazakhstan’s harsh climate. Jabe horses are now mostly kept and produced at stud farms and extensive grasslands in Western Kazakhstan.

In a severe-conditions adaption test, Jabe stallions were placed in Yakutia near the Lena River with Yakut stallions of similar age. The Jabe stallions were still able to develop faster and better than the other breed in terms of weight, height, and coat condition after three years. The Jabe is resistant to many of the risks in Western Kazakhstan.

What were the names of the Indian horses?

Although most horses produced by American Indians were referred to as “cayuse ponies” by settlers, the Cayuse Indian Pony of the Northwest is a separate breed that dates back to the 1800s. Its conformation and history distinguish it from mustangs, Spanish Barbs, and other wild horses.

What is the giant draught horse breed?

Why did horses become extinct in North America?

If it hadn’t been for one crucial and complicating factor: the entrance of humans, the storey of the horse’s extinction in North America would have been clean and dry. Humans crossed the land bridge, but in the opposite direction, about 13,000 to 13,500 years ago, from Asia to North America.

Is there a difference between a draught horse and a Clydesdale?

The Shire, Percheron, and Belgian Draft appear to be the only large horse breeds identified that are larger than a Clydesdale.

Are Shires and Clydesdales the same size?

The Shire and the Clydesdale are pretty similar in terms of physical and mental characteristics. Shires are slightly larger than Clydesdales, although they have structural similarities. Clydesdales are slightly smaller and narrower than their Shire counterparts.

What is the world’s fastest horse breed? 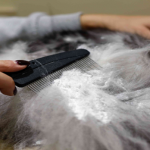 The Best Way to De-Mat Your Cat

Cat Health Margaret - January 14, 2022
0
Here we can see "The Best Way to De-Mat Your Cat" Apply a little amount of cornstarch or talcum powder to the mat's surface and... 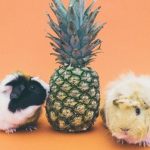 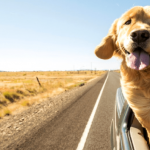 How to Train Your Puppy to Ride in a Car