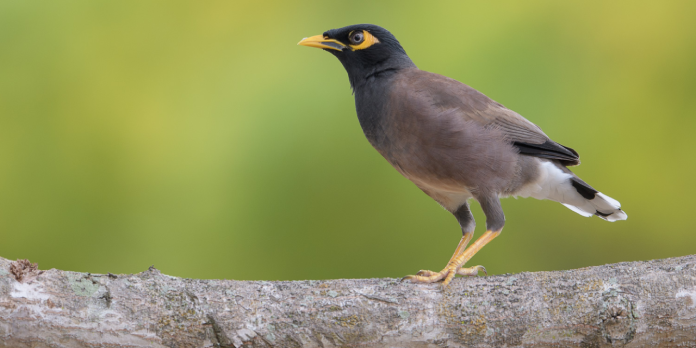 If you wish to share your house with a friendly, clever bird, the tropical mynah bird is your pet. The mynah’s unique looks and pleasant personality make it a favorite among bird lovers, who regard it as one of the best avian mimics of human speech, second only to the grey parrot.

Mynah birds are members of the Sturnidae (starling) family of birds. This softbill bird is native to Africa, India, Southeast Asia, and Indonesia. It has been widely introduced and currently lives in the wild across most of the planet. The mynah bird was an aristocratic pet in ancient Greece.

Mynah is derived from the Hindu term maina and the Sanskrit word madana, which indicate “delightful and fun-loving.” The bird is known by numerous names in Indian literature, including kalahapriya (one who enjoys disputes), chitranetra (one with beautiful eyes), peetanetra (one with golden eyes), and peetapaad (one with yellow legs).

The hill mynah and the common mynah are the two most frequent species of mynah birds kept as pets. The hill mynah is the variety most Western pet owners purchase as a pet, and it can “talk” like a human. Unfortunately, the common mynah is widely regarded as a pest and is one of the world’s most invasive bird species. It was introduced into non-native settings to aid in the control of insects. Although the bird was effective as a bug killer, the common territorial mynah frequently displaced native birds and reduced their food source.

The Bali mynah, a third variant, is a rare and severely endangered bird. There are less than 100 Bali mynahs in the wild.

Can a myna bird communicate?

Hill and common mynahs are well-known for their ability to mimic human speech. They are capable of learning up to 100 words. Repetition and patience are essential in teaching your bird to speak.

Is myna a crow?

The Common Myna is a little bird with unusual characteristics. The body is dark, with a greyish-black hood, a whitish vent, and a yellow bill and skin. The House Crow is slightly larger than the Common Myna and is black with a pale grey collar.

How long does myna live?

What size is a myna?

What colors does Myna have?

What distinguishes a male mynah from a female mynah?

Male and female common myna birds have similar appearances. They have no visible traits that define them as male or female. Adult males are slightly larger, with longer wattles or skin flaps on their necks. Males are more daring than females.

What happens when you run into Myna?

One typical myna- In India, seeing one common myna on your route somewhere is thought to bring ill luck. If you’ve sent your buddies in love, you might want to do the same for these birdies since a couple of them will bring you good luck. But, unfortunately, people will sometimes wait for the other person to appear.

What Kind of Food Should I Feed My Myna Bird?

What is the price of a mynah bird?

The hill myna costs roughly Rs 3,000, whereas owls can cost up to Rs 15,000.” According to Wildlife SOS’s Karthick Satyanarayan, these birds are either sold as pets or used in black magic. 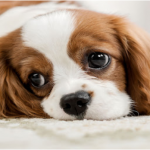 How to Induce Vomiting in a Puppy

Puppy Care Margaret - January 4, 2022
0
Here we can see "How to Induce Vomiting in a Puppy" If your veterinarian recommends giving hydrogen peroxide to your dog, they will advise you... 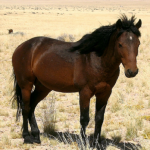 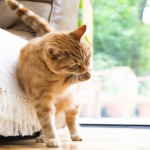 What Causes Cats to Overgroom and How to Stop It

Cat Health Margaret - January 13, 2022
0
Here we can see "What Causes Cats to Overgroom and How to Stop It" Why do cats brush themselves excessively? Allergy or Infection. Pain. Boredom...