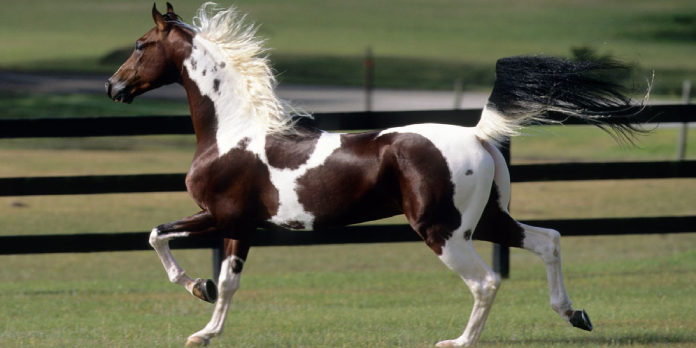 The National Show Horse is a relatively new American horse breed created by crossing Arabian and American Saddlebred horse types. This neo-American breed has been popularised in several show rings since its development in the early 1980s. All NSH equines registered today are either a blend of an Arabian, an American Saddlebred, a National Show Horse, or a combination of the three.

The ‘National Show Horse’ is an elegant blend of charisma, agility, beauty, stamina, elegance, and flowing athleticism, culminating in unrivalled flexibility. This breed’s inherent versatility is an admirable trait that contributes to its enormous popularity and makes these horses particularly appealing as show horses, a trait in which the proud owner of this horse can easily participate.

The National Show Horse is a relatively recent breed in horses, having been created in August 1981. The Arabian horse’s stamina, elegance, and delicacy were combined with the American Saddlebred’s high-stepper gaits to create this breed. The NSHR (National Show Horse Registry) was established to meet the growing need for such attractive and athletically entertaining show horses that would be an elegant addition to the show horse business. The outcome was a success, and these horses contributed to the excitement and motivation in the horse show rings.

Though the founders of the National Show Animal Registration were not content with simply developing a registry for this new horse, they wanted to create a new ambiance in the show ring to give a completely new appeal to the public while also benefiting horse owners financially.

The National Show Horse Registry used a range of permutations between the Saddlebred and Arabian horses to establish a breed the size of the American Saddlebred. The goal was to create a breed that would surpass its standards through genetic modification, proving to be a successful new breed that excelled in various contemporary horse shows, and, in the end, the result of this new breeding was a success in the long run, with their own set of rules and regulations.

Also See:  Pony of the Americas

In recent years, new show concepts and formats have been used to set up a prize money system to pique the interest of exhibitors and spectators. Beginning in 2011, this unique breed of horse has successfully accepted its registry, allowing it to increase its impact. By combining the qualities of the two parental breeds, they perfectly merged the features of the two parental breeds (with any other horse breed).

Initially, a minimum of 25% Arabian horse blood was required for these horses to be registered; however, as of December 1, 2009, the offspring must, on average, have a minimum of 50-99 percent Arabian horse genes. The rule also specifies that stallions and mares who do not fall into the MSH category must be registered with their registries. Stallions who are Saddlebred or Arabian must be nominated and approved by the National Show Horse Registry’s board of directors.

What is the average lifespan of National Show Horses?

What is the size of a National Show Horses?

National Show Horses come in a variety of hues.

The National Show Horse’s adaptability stems from its blend of beauty, stamina, agility, elegance, charisma, and fluid athleticism. This trait underpins its popularity and makes the breed particularly appealing as a show horse in which everyone in the family can participate.

National Show Horses come in a variety of breeds.

A part-Arabian hybrid between an American Saddlebred and an Arabian horse gave birth to the National Show Horse. Since establishing a breed registry in August 1981, it has been recognized as a distinct breed.

What is the value of a show horse?

A well-trained show horse will set you back around $40,000, with breeding stallions asking far more incredible rates.

Is it true that national show horses are gaited?

The athletic National Show Horse, like the American Saddlebred, may be five-gaited, with the walk, trot, and canter, as well as the slow gait and rack (gaits where the hooves hit the ground individually; the rack is the faster gait).

Mounties ride what kind of horse?

The Mounties ride black horses with predominantly Thoroughbred ancestry, but Hanoverian stallions and mares were imported in 1989 to improve the horses’ quality, size, and color.

Do you have any black mustangs?

They are available in various hues, including bay, black, dun, grulla, roam, buckskin, and palomino, and typically have primitive markings. Pryor Mountain Mustangs have a height of 13-14 hands. 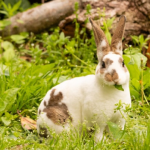 How to Care for a Mini Rex Rabbit as a Pet 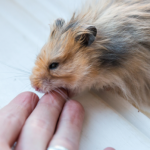 How to Prevent Your Hamster Biting

Hamster Margaret - April 6, 2022
0
Here we can see, "How to Prevent Your Hamster Biting" Hamsters bite from time to time, but it's usually only when they're terrified. Most of... 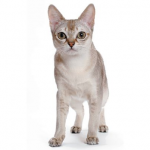 Cat Breeds Margaret - February 3, 2022
0
Here we can see, "Singapura" Singapuras (pronounced "sing-uh-poor-uh") are the tiniest domestic cat breed. Wherever they travel, the Singapuras are almost sure to steal the...