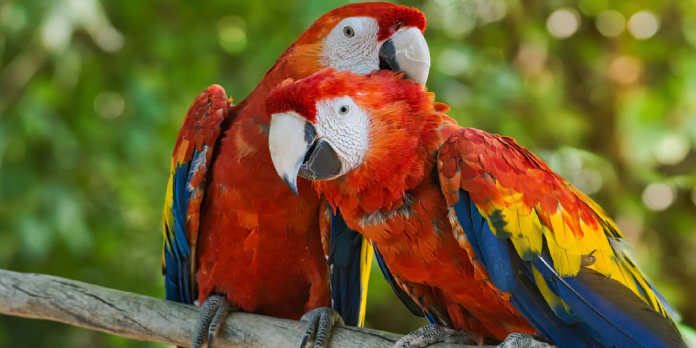 It’s difficult for new bird owners to comprehend how your parrot can be a sweet, gentle, joyful member of your family one day and then act like a cruel little monster the next. The most prevalent cause of these personality shifts is that your bird is going through a hormonal phase due to the mating season. Please continue reading to learn about some of the most prevalent indicators of hormonal behaviour in birds and how to deal with them until your pet’s behaviour improves.

While all pet birds can be noisy, many owners notice a significant increase in screams and vocalisations while their birds are going through a hormonal period. This is entirely normal and anticipated. Many owners find hormonal vocalisations the most distressing aspect of dealing with their birds during mating season but resist the desire to chastise their birds for being louder than usual. This will almost certainly reinforce the behaviour. The best thing you can do is get a nice pair of earplugs and try to ignore your bird’s screaming until the mating season passes. If you believe your bird’s screaming has become a habit that has outlasted its hormonal fluctuations, talk to a behaviour specialist about how to soothe your noisy pet.

When a generally gentle and lovely bird begins to bite, this is one of the most telling symptoms of hormonal behaviour. This type of display commonly referred to as “bluffing,” is frequently cited by many bird owners as a justification for surrendering their parrots to shelters and rescues. The biting stage of hormonal behaviour might be frightening (and painful) for owners, but don’t worry—it will pass with time. Because birds cannot be spayed or neutered like cats and dogs, it is natural for them to strike out when experiencing sexual frustration. Working around biting behaviour as much as possible without compromising time spent bonding with your pet is the best approach to cope with it.

Also See:  What Should You Do If Your Pet Bird Vomits or Regurgitates?

If your bird is acting more territorial than usual, it could signify that its hormones are kicking in. Until the mating season is through, a hormonal bird may become possessive of its cage, food, toys, or even its favourite person. Most bird owners should accept their pet’s attitude regarding what they are possessive over once territoriality has been identified, or they risk becoming the victim of a painful bite. However, suppose your bird’s territoriality issues appear to be lingering outside of mating season (usually spring for most species). In that case, you should seek help from a Certified Parrot Behavior Consultant for guidance on how to resolve your bird’s concerns.

Displays That Go Together

If your bird is going through a hormonal phase, you may notice some strange new ways they carry themselves or strange physical displays when engaging with you. Eye pinning, regurgitation, and displays such as wing flapping or tail fanning are examples. During mating season, for example, male Indian Ringneck Parakeets are known to conduct an adorable “bowing” display to court a potential partner. Don’t be shocked if your bird tries to “win you over” with demonstrations like this—you are a flock mate and an equal to your bird. Instead of feeling strange or uncomfortable when your bird exhibits these behaviours toward you, try to feel grateful that your bird feels comfortable enough with you to consider you as a potential mate. This, like all hormonal tendencies, will subside with time.

Several bird owners have noted that their birds over-preen and even remove their feathers during mating season. While this is a typical nesting behaviour, owners should be aware that feather plucking can develop into a dangerous habit in birds and even be a symptom of severe sickness. Therefore, if you see any unusual plucking activity in your bird, it’s recommended to have it checked out by an avian veterinarian to be cautious.

How long does hormonal behaviour last in parrots?

Once a parrot reaches sexual maturity, it stays that way for the remainder of its life. Their hormonal phases can last up to ten weeks, depending on the species. Then, after a few weeks, the hormones recede. The season begins when the weather conditions are favourable and ends after the parrot has laid her eggs.

Male parrots are more aggressive than female parrots. This doesn’t imply they’re always violent, but men go through a lot of hormonal changes during the breeding season. Males between the ages of 5 and 12 are most likely to experience this, followed by two years of extreme aggressive behaviour.

Is it true that birds get hormonal?

Hormonal activity in pet birds is usually at its peak in the spring. As the breeding season approaches, sexually mature birds have natural hormone surges that might cause odd and unwanted behaviour.

Do female parrots have menstrual cycles?

Yes, parrots have a reproductive cycle, and they are more likely to reproduce at particular times of the year, depending on their location and other variables.

Why is it that my parrot is now biting me?

Biting is not an involuntary act. Parrots choose whether or not to bite. Your parrot is attempting to communicate with you and is using biting as a form of communication and control. Depending on the season, hormones can cause a touch of “edginess” in birds. 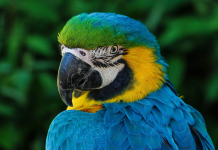 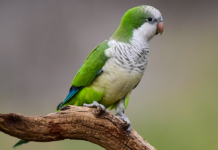 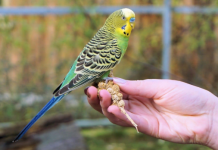 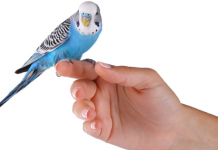 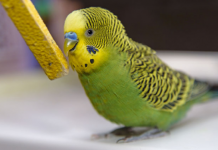 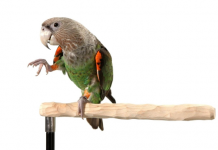 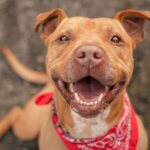 Dog Breeds Margaret - December 5, 2020 0
The American Pit Bull Terrier was known by several names, including the Pit Bull and the American Bull Terrier. It's frequently confused with the... 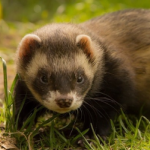 Ferret Breeds Margaret - May 31, 2022 0
Here we can see, "Chocolate Ferret" Ferrets are becoming increasingly popular as pets, and many people are considering getting one. Ferrets are excellent pets for...