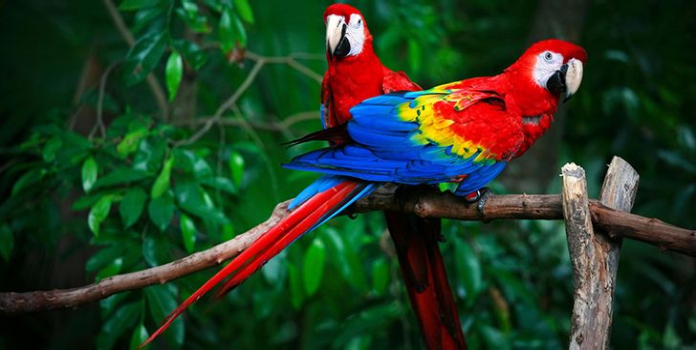 Here we can see, “Parrot”

Parrots are colourful birds that live in warm environments such as rainforests, grasslands, savannas, semi-arid regions, and even islands. A few species, such as the Kea parrot, which lives in the mountainous regions of New Zealand’s South Island, defy the trend and prefer colder climates. As a result, parrots are far more than the classic pirate “accessory” depicted in films, books, and other forms of media. Most parrots are wild, although several species have traditionally been kept as pets; according to the San Diego Zoo website, the first written account of a captive parrot, dated from 400 B.C. These beautiful avian companions now live in people’s hearts and homes worldwide.

The parrot is not a mammal. According to scientific classification, they belong to the class Aves, order Psittaciformes, and family Psittacidae. Psittacines is another name for parrots. Today, there are over 350 species of parrots. When you factor in the various varieties/mutations within the species, you have a lot of parrots!

A bird must have a bent beak to be categorised as a parrot. This is why they’re also known as hookbills. They must also have zygodactyl feet, which have four toes on each foot, two facing forward and two facing backward, similar to how humans have opposable thumbs and fingers. This is what allows parrots to control objects so well with their feet.

Although parrots are kept as pets, canaries, finches, doves, toucans, chickens, and other birds are not parrots. Therefore, these species are not placed in the Psittaciformes order of parrots.

Companion parrots range in size from small 5-inch lovebirds to huge macaws that can reach 40 inches in length from head to tail. Colours differ depending on the species. Some parrots, such as lories, wear various colours, while others, such as Vasa parrots, wear only two or one hues. And, in certain species, such as the Eclectus, the male and female have radically different appearances.

Pet birds are not the same as pet dogs or cats. Instead, these unique individuals add a different aspect to those who live with them. Living with a parrot is a journey of self-discovery for both you and your feathered companion.

Which parrot can communicate?

What is the cost of a parrot bird?

Low-cost parrots should be avoided since they are often sold by breeders who are only interested in making a profit rather than real enthusiasm for parrots. A parrot from a reputable breeder can cost up to $3,000, or even more in some situations.

They are brightly coloured, highly clever, gregarious, and long-lived creatures. However, the colour, weight, and habits of different parrot species differ significantly. There are close to 400 parrot species around the globe, but tragically, many of them have become endangered.

Are parrots suitable as pets?

How long does a parrot live?

What is the size of a parrot?

What hues do parrots come in?

What is parrot food, exactly?

When it comes to parrot food, Vitapol Economic Food for Budgies is one of the most popular options. It’s a nutritious blend of seeds created with budgies’ nutritional needs in mind. Sunflower seeds dominate the mix, providing your small parrots with important oils.

Is it unlawful to own a parrot in India?

Unless it’s an exotic or foreign parrot from another country, parrots aren’t allowed in India. In addition, it is unlawful to keep any parrot that is native to the country as a pet in a cage.

Do parrots have the ability to fly?

The ability to fly is part of what attracts birds; it is a distinguishing feature of their species. However, while parrots can fly, they do so in various ways, and not all parrots are equally capable of doing so.

Is it true that parrots bite?

Biting is not an involuntary act. Parrots choose whether or not to bite. Your parrot is attempting to communicate with you and is using biting as a form of communication and control. Depending on the season, hormones can cause a touch of “edginess” in birds.

How do parrots get their rest?

Wild parrots sleep by going to roost soon before sunset and waking up in the morning. This means they have a 24-hour sleep-wake cycle, with 12 hours of sleep and 12 hours of awake time. Only a few species can be found outside of equatorial climates, and even fewer can be found in temperate zones. The sleep patterns of parrots, on the other hand, can be altered.

Parrots clean, bathe, groom, and preen their feathers for hours at a time. They’re hygienic creatures. The amount of mess that parrots generate astounds most new owners. Parrots are dirty because they do almost everything with their beaks and feet.

Is it possible for a parrot to live for 140 years?

Some parrots live up to 140 years, while others only survive for 15 to 20 years. The parrot is a rare species found anywhere it suits the parrot. In our daily lives, we rarely see a parrot.

How smart is a parrot?

Parrots are clever birds capable of complex reasoning, and the genes involved in their brain development are similar to those that evolved to give humans enormous brains. Parrots, like humans, can make complex vocalisations and are very friendly.

What is the name of a female parrot? 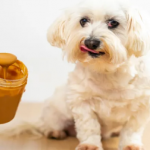 Can Dog Eats Margaret - January 22, 2022
0
Here we can see, "Can Dog Eats Peanut Butter" Peanut butter is generally safe for dogs to eat, and when consumed in moderation, it can... 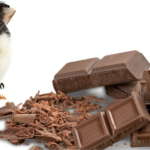 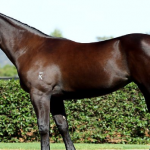 Horse Breeds Margaret - March 2, 2022
0
Here we can see, "Danubian" The Danubian is a half-bred horse that originated in Bulgaria. However, it is found primarily in the DunavValley or the...