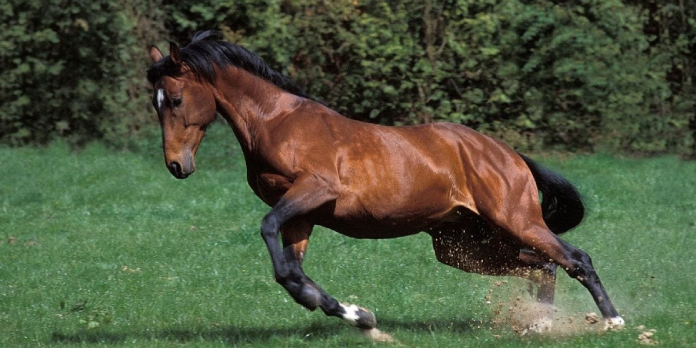 Here we can see, “Selle Francais”

The Selle Francais is a French sport horse formed in 1958 when many breeds of French horses were merged into a single studbook. It has earned tremendous popularity for gaining success in the field of show jumping as well as other disciplines such as dressage and eventing due to its athletic stature and steady stride. This French breed has also been exported to other nations, with stud books established in the United States and the United Kingdom.

The Selle Francais, a popular saddle horse from France, has a long history due to the crossbreeding of several different breeds. Native mares were mixed with Thoroughbreds or Norfolk stallions in the nineteenth century. In reality, mares used in the military or pull carriages were frequently crossed with Thoroughbred horses. These crossbred horses were known as half-blood horses (demi-sang), and they were mostly found in France, where they were named after the locations where they were bred. The Selle-Francais was created in 1958 when the regional half-blood equine breeds were merged under one label (including the Anglo-Norman, Vendeen, and Charolais). The goal was to develop a sports horse that could meet the demands of a machine-dominated world in which horses’ utility was limited to pleasure riding and sports.

Because local horses were combined with numerous breeds, including the French Trotter, Anglo-Arabians, and Thoroughbreds, the initial horses of this breed demonstrated genetic diversity, with those of Norman origins dominating because Anglo-Norman horses were frequently utilised throughout France. This breed has been largely utilised as a sporting horse since its inception. In July 2003, the National Association of French Saddle Horses (ANSF) was approved as the breed’s governing body. The breeding activities of the Selle Francais horses were carried out on around 7722 farms. Other European breeds such as the Zangersheide, Holsteiner, and Oldenburg warmblood horses owe their existence to them. The ANSF has various branches worldwide that are responsible for the care and registration of this breed. Equicours, a British organisation, contributed to establishing a British studbook for this breed, while ANSF-US manages the studbook in the United States. Argentina, Brazil, and Morocco have signed arrangements with the French studbook to register horses bred in their respective nations.

What is the average lifespan of Selle Francais horses?

What is the size of a Selle Francais Horse?

Selle Francais horses come in a variety of colours.

What is the price of a Selle Français horse?

What does the word Selle mean in French?

Since 1958, the Selle Français, also known as the Cheval de Selle Français, or French Saddle Horse, has evolved from a crossbreeding of several other breeds, giving it a hardiness and well-rounded athleticism that owners value.

What is the purpose of Selle Français?

Modern-day Selle Français: The Selle Français is France’s favourite sport horse. It is mostly used for showjumping and eventing, but it competes in dressage, combined driving, vaulting, and competitive trail riding.

Is Selle Français a thoroughbred or a racehorse?

The Selle Français Horse, commonly known as the French Saddle Horse, is a French horse breed that arose in Normandy in the nineteenth century when Norfolk Trotter and Thoroughbred stallions were crossed with native mares.

Which horse is the most affordable?

Horses dislike being ridden (at least before training), and studies demonstrate that it causes lameness and discomfort. Horseback riding is therefore cruel on this basis. 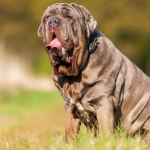 Dog Breeds Margaret - February 14, 2022
0
Here we can see, "Neapolitan Mastiff" The big Neapolitan mastiffs, which are large and wrinkled, can be sweet, devoted companions who require little activity. Learn... 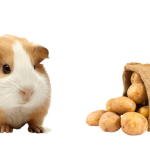 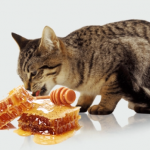 Can Cat Eats Margaret - March 16, 2022
0
Here we can see, "Can Cat Eats Honey" Yes, cats may eat honey, but does raw honey provide our felines the necessary nutrients or health...