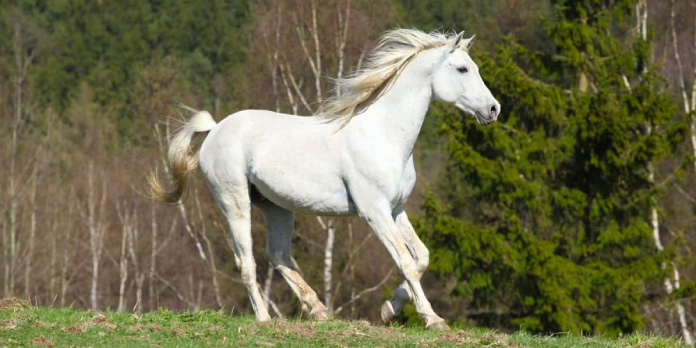 Here we can see, “Shagya Arabian”

The Shagya Arabian horse is a unique Arabian equine breed that developed in the Austro-Hungarian Empire in the nineteenth century. It appears to beautifully blend the excellent characteristics of the Bedouin Arabian (elegance, toughness, hardiness, endurance, and friendliness) while also meeting the criteria of a modern horse (agility, jumping skills, easy rideability, and jumping skills), making it a one-of-a-kind. However, this unique Arabian equestrian breed has yet to attain widespread appeal due to its rarity.

The origins of this breed may be traced back to the Austro-Hungarian Empire, when it was developed at military stud farms in the provinces of Babolna (Hungary), Piber (Austria), Radautz (Romania), Mezohegyes (Hungary), and Topolcianky (Hungary) (Slovakia). Although some believe this horse breed to be a subtype of the Arabian horse, it is sometimes referred to as a part-bred Arabian or Anglo-Arabian because it is said to have non-Arabian DNA. The major goal of creating the Shagya Arabian was to create a horse with the intellect, characteristics, and endurance of the Arabian breed, but in a larger size and carrying capacity, as required by the Imperial Hussars (Hungarian light horsemen).

This breed was named after Shagya, a grey Arabian horse born in Syria in 1810 and imported to Babolna in 1836, who was said to have had a significant influence on the development of these horses. According to accounts, the founder stallion (Shagya) was exceptionally strong and tall, standing about 16 hands (162.5 cm; 6 inches) tall at the withers. It was bred by a Bedouin tribe known as Bani Saher, who sold it to Habsburg royal agents. The Shagya arrived at the Babolna stud in 1836 and was utilised for crossbreeding schemes and producing a few thoroughbred (asil) Arabian mares, but no pure Arabian descendants exist today. Purebred Arabians such as Gazlan-gazal, Mersuch, Siglavy, Dahoman, Siglavy-Bagdady, Koheilan, and the Black O’ Bajan were also foundation stallions responsible for the establishment of the Shagya Arabian horses. The stallions Kemir and Amurath from the Weil stud farm in Wurttemberg also played a role in the breeding process. Kuhaylan Zaid and the Egyptian stallions Farag and Ibn Gaial were among the other horses utilised. Aside from these Arabian breeds, the Lippizaners and English thoroughbreds were used in the breeding process to increase the size, movement, and riding attributes of the horses.

Though these horses were formerly classified as Arabian horses, the WAHO (World Arabian Horse Association) recognised them as a different breed in 1978 and named “Shagya.” The WAHO further stated that “purebred Shagya Arabians” are those bred solely among themselves according to the norms of the Topolcianky and Babolna studs, albeit this word should not be confused with “purebred Arabian.”

What is the average lifespan of Shagya Arabian Horses?

What is the size of a Shagya Arabian Horse?

Shagya Arabian Horses come in a variety of hues.

What are the different varieties of Arabians?

Egyptian, Russian, Polish, Spanish, Crabbet, and Shagya are the six purebred Arabian horses. Despite its similarities, each form of Arabian has its qualities and history.

Compared to many other riding horses, Arabians are small, standing between 14 and 16 hands (56 and 64 inches) on average. They have fine to medium bone structures and weigh between 800 and 1,000 pounds.

The Turkoman is one of the most versatile and well-rounded horses in the game. However, the Arabian is the best horse, just like real life. Arabians are nice but frail and timid; therefore, I’d go with Missouri Gox Trotter.

Why do Arabian horses tails stand up?

Many horses raise their tails to express freshness and eagerness because they use their tails to transmit their moods. The Arabians proudly display their tail as a symbol of pride and a fiery disposition. The horses have always been high-spirited since they were used as warhorses, and the high-set tail is a sign of that nature.

Is it true that Arabian horses are insane?

Although it’s safe to conclude that many Arabians aren’t insane, the answer isn’t that straightforward. Indeed, many of them make excellent riding horses, especially rookie riders. It is entirely dependent on the horse in question. Some families have a reputation for being “hotter” or “sensitive” than others.

Do Arabian horses have a strong sense of loyalty?

Arabians are excellent riders who may be utilised for both pleasure and racing. In addition, these horses are well-known for being friendly and devoted to their owners. 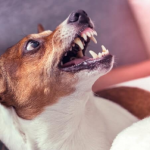 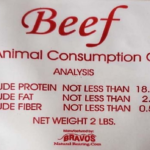 Pet Food Matters Margaret - April 23, 2021
0
No animal or human illnesses linked to the products that were identified are reported up to now. Bravo Packing, Inc. of Carneys Point, New Jersey,... 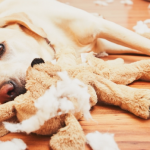 How to Prevent Your Puppy from Ruining Everything

Dog Behavior Problems Margaret - January 8, 2022
0
Here we can see, "How to Prevent Your Puppy from Ruining Everything" How to Stop Your Puppy From Behaving Badly Pay attention. Keep the situation...