The Scottish Smoke Pearl Rabbit is a small to medium-sized rabbit. It is appropriate for both rookie and expert owners due to its pleasant, laid-back character. It likes when people pay attention to it, and most Smoke Pearls like to cuddle with their owners.

This Scottish breed, which was originally bred for its fur, has a thick and glossy coat. It is a sturdy and healthy breed that can live both indoors and outdoors and has no unusual maintenance requirements.

The Smoke Pearl Rabbit is a furry rabbit that was bred for its fur in the first place. It was first seen in the public in 1926, and it is one of only two truly Scottish breeds. Mr. Lawrie Stenhouse crossed two or more of his Chinchilla Rabbits, Sable Rabbits, and Beveren Rabbits to develop the Smoke Beige Rabbit. In 1932, when the rabbit was accepted by the British Fur Rabbit Society, the name was changed to Smoke Pearl. To make the rabbit more popular, they came up with a new name that was thought to be more pleasant and friendly than the old one.

Despite the name change, the bunny went unnoticed for the following ten years, and it is thought that the Smoke Pearl Rabbit did not gain enough popularity to survive outside of Scotland.

Breeders wish for the breed to become more popular. A national club was established in 1945, and it was welcomed into the newly constituted show rabbit organisation. Although it was becoming more popular at the time, it is now an uncommon breed that is difficult to find.

The Smoke Pearl is a favourite breed among its owners, despite its rarity. It has a pleasant, even loving and fuzzy demeanour. It has the same basic care requirements as any other rabbit breed. It has thick, luxuriant fur that is also silky. There’s a lot to like about the Smoke Pearl.

What is the lifespan of the Smoke Pearl Rabbit?

What is the size of a Smoked Pearl Rabbit?

What colours are Smoke Pearl Rabbits?

How Much Do Smoked Pearl Rabbits Cost?

The Smoke Pearl is a very affordable rabbit breed that is difficult to locate outside of the UK and Australia. You’ll have to pay anywhere from $20 to $60 for one. This is a hybrid breed, so it is less expensive than purebred rabbits.

Smoke Pearls are rare to find at shelters or rescues due to their unusual hue and lack of numbers. If you discover one in a local shelter, the adoption price varies, but it is usually between $20 and $50.

A hutch, bowls, and other accoutrements will cost between $200 and $300, plus $10 each month for food and a few dollars for pet insurance.

What exactly is an agouti rabbit?

The wild rabbit pattern is known as “Agouti.” It’s the beautiful interaction of colour pigments in their natural state. If your rabbit has dark hairs termed “ticking” dispersed amid its lighter middle coat, it is an agouti patterned rabbit.

Is there a pink rabbit somewhere?

The bunny first emerged on the hills in 2005, when it had a vibrant pink colour. It’s now a dark grey colour, and it’s slowly decomposing back into the ground. By 2025, the bunny is predicted to be extinct completely. It is not planned to be relocated or saved. 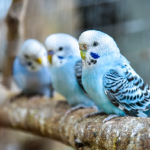 Bird Food and Nutrition Margaret - April 4, 2022 0
Here we can see, "Birds Love These Tasty and Healthy Treats" Sharing a meal with your bird can be a great way to bond, but... 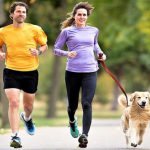 Exercise with Your Dog in a Fun and Easy Way 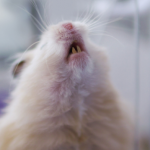 Hamster Margaret - April 6, 2022 0
Here we can see, "Teeth Issues in Hamsters" Not all exotics have tooth problems, but hamster teeth can be problematic. Like certain other exotic pets,...