Here we can see, “Suffolk Punch”

The Suffolk Punch is Britain’s oldest native horse breed and is America’s least well-known European breed. These majestic beasts have ploughed England’s fields for ages and are inextricably linked to the country’s society and culture. Unfortunately, the current population of this historic species is in jeopardy, with the UK’s Rare Breeds Survival Trust and the American Livestock Breeds Conservancy classifying them as ‘critical’ breeds.

The Suffolk Punch horse is a breed of horse that originated in Norfolk and Suffolk in East Anglia, England, and is one of the few horses that has retained its original morphology. All current members of this breed may be traced back to a stallion born in 1768. Suffolk Punch horses have grown up on their own, with just a few minor changes to fit the needs of people since their inception.

The Suffolk Punch has a long history dating back to the 16th century AD. However, because no records concerning the breed have been well-documented, their exact origin remains a mystery.

These horses were utilised in ploughing fields, cutting grain, and carrying wheat to the mills for giving food to the towns as Britain became more industrialised, and its population grew. They were arguably the greatest choice for ploughing the moist clay soil because of their immense stamina and power.

Because the local farmers who bred these equines employed them regularly, they were rarely exported outside of their native territory. As a result, the breed’s home region of East Anglia has the highest breed concentration to date. Unfortunately, thousands of these horses died during World War I when they transported heavy artillery to the front lines.

The SPS (Suffolk Punch Society) was founded in 1877 and has been well-received by horse enthusiasts over the years. The breed has gained popularity in various European countries and countries outside of Europe, such as Pakistan, where these equines are utilised in the army. However, its population is currently in steep decline, and it is considered rarer than the Siberian tiger or the giant panda.

When it comes to Suffolk Punch Horses, how long do they live?

What is the size of a Suffolk Punch Horse?

Suffolk Punch Horses come in a variety of colours.

What is the Suffolk Punch’s rarity?

Despite a rise in popularity, the Suffolk Punch is still classified as a ‘critical’ breed by the Rare Breeds Survival Trust, which means fewer than 300 breeding mares are in the breed.

What is the purpose of Suffolk Punches?

The Suffolk Punch was mostly employed for farm draught work, but it was also utilised to draw heavy artillery during warfare. They were also employed to pull non-motorised trucks and other commercial vehicles, just like other large horses.

Why are Suffolk Punch horses so hard to come by?

According to the Rare Breeds Survival Trust, Suffolk Punches were capable of working for long periods without rest, making them relatively inexpensive to keep. In pre-industrial Britain, the value of hefty horses could not be overstated.

Do you know how to ride a Suffolk Punch?

Aside from the Suffolk’s show appearance, temperament, and composition, you may ride, tack them up, lunge them, and break them in just like any other horse.

Is the Suffolk Punch at risk of extinction?

The Rare Breeds Survival Trust has designated the Suffolk Punch as an endangered species. There are currently less than 500 registered horses in the UK and only 72 breeding mares! The Suffolk Punch is so rarer than the Giant Panda.

What is the maximum pulling power of a Suffolk Punch horse?

Another English Draft horse that weighs around 2,200 pounds is the Suffolk Punch. During wartime, officials employed this species to pull artillery, and it also excels at ploughing fields. It’s a tough horse that serves as the foundation for a variety of mixed breeds, including other draught horses.

What is the number of Suffolk Punch horses in the United States?

According to the American Suffolk Horse Association, there are currently 2150 Suffolk Punch horses globally (2000 in North America, 150 in England). We are glad for the opportunity to contribute to the preservation of the Suffolk Punch and to promote its use as a superior working draught horse breed.

How many Suffolk Punch horses are there in the United Kingdom?

Fewer than 500 pure-bred Suffolk Horses are registered in the UK, making them even more endangered than the Giant Panda. 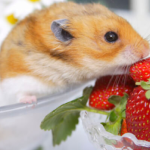 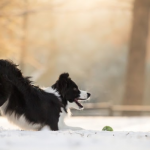 What Does My Dog’s Bow Mean?

Dog Training Margaret - January 1, 2022
0
Here we can see "What Does My Dog's Bow Mean?" Dogs communicate using a bow, which is a common body language gesture. This lighthearted motion... 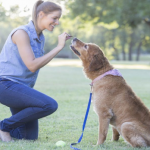 Why Positive Dog Training Is Effective

Dog Training Margaret - December 30, 2021
0
Here we can see "Why Positive Dog Training Is Effective" Positive reinforcement training rewards desired actions with food, praise, toys, or anything else the dog...